Places that you can explore in our suggested itineraries

de juliol 05, 2016
LLanars
Following up the course of the Ter River, at only 2 km from Camprodon, stands Llanars.
Saint Esteve Church built in the 12th century this Romanesque church has an only nave covered with a sharp pointed barrel vault and an apse not centred to the axis. The bell tower is squared with pyramidal roofing. 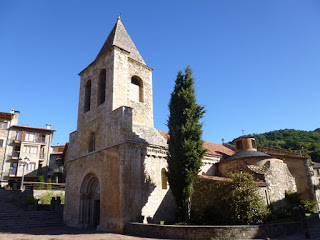 In its interior there is a painting on wood at the frontal side of the altar, the only one in the country kept in the same place where it was created. 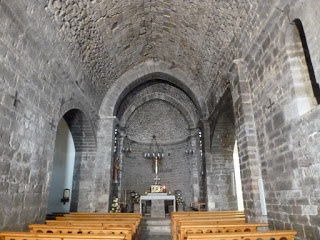 It stands out the wall painting rarely found in Romanesque altarpieces shows the pantocrator circled by the mystical theology and the symbols of the evangelists and on its sides there are episodes about Sant Esteve.
Also noticeable are both the portal and the ironwork of the front door. 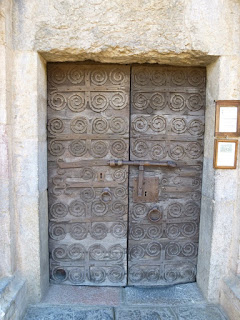 Molló
8 km away Camprodon, Molló communicates Camprodon valley with France through the old passage of Coll d’Ares, from where a beautiful panoramic of Catalunya and also the France can be seen.
In 1659 Tractat dels pirineus agreement established the borders between France and Spain in Coll d’ares and in the municipality of Molló this borderline is 12 km wide, from Montfalgars to Costabona peaks. 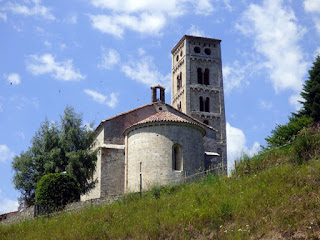 During the Spanish Civil War the defeated republican army and also thousands of exiles fled to France through the borderline of Coll d’Ares.
Nowadays a path between molló and prats de Molló, named Camí de la Retirada, remembers this days.
The road to France became international in 1963 and in 1992 the customs were removed according the Schengen Pact.
Attached to the village of Molló there are several vicinities, among them Fabert and Espinavell.
Santa Cecilia Church dating back from the 12th century, the church is a single nave building covered with a single barrel vault arch. The four storey bell tower is artistically similar and remembers Sant Cristòfol de Beget. It is also remarkable the entrance door in one side. In 1428 a big earthquake provoked serious damages in the church that had to be restored, and during the Spanish Civil War was plundered and burnt.